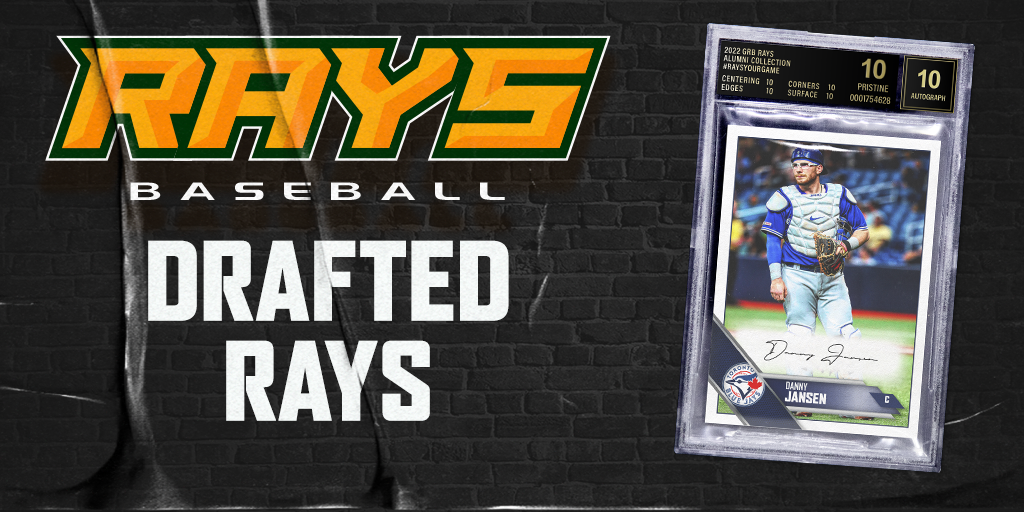 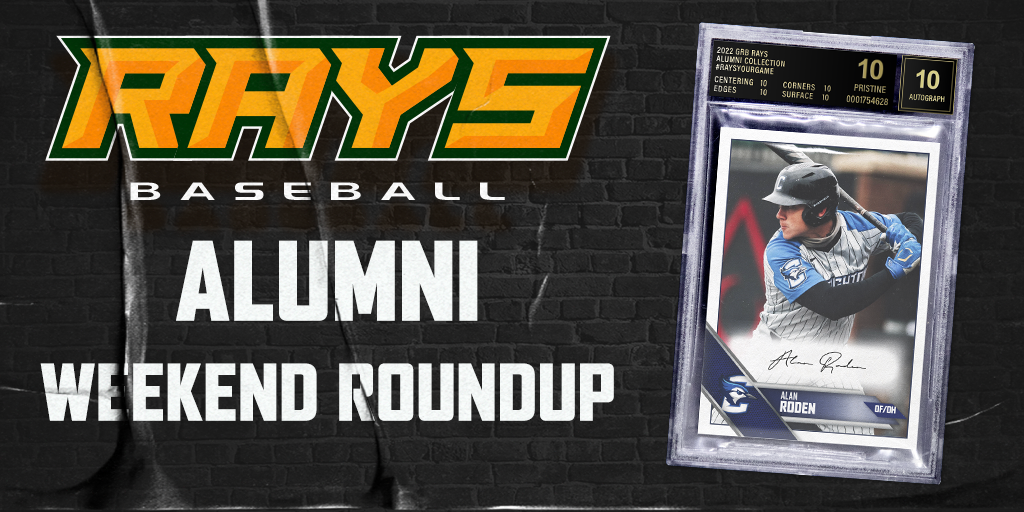 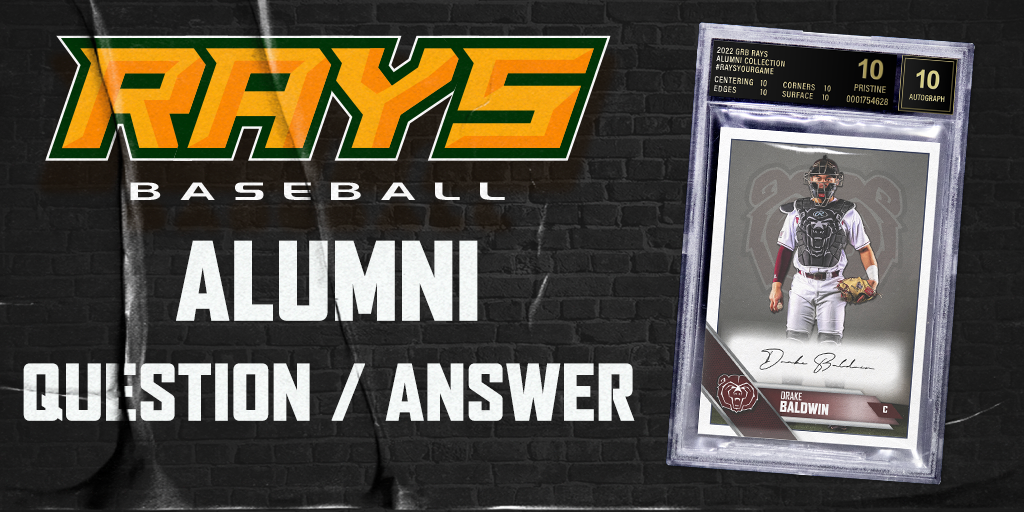 As the calendar flips to February, that can only mean one thing; College Baseball is here. An exciting time of year for many, it is even more exciting for the GRB Rays organization as we get to follow the over 100 former players set to take the field this Spring. Several Rays alumni are coming off career seasons in 2021 and have garnered national attention heading in the new season. In this space we will preview the season for the former Rays dotting the college baseball landscape in all divisions.

Alan Roden burst onto the scene in 2021 earning Freshman All-American honors after hitting .378 with nine homers for the Creighton Blue Jays. Roden led the NCAA in RBIs per game and Top-100 nationally in batting average, doubles, hits per game, on-base percentage, runs per game and slugging percentage. The Middleton, Wis. native was named a 2022 Preseason All-American as he enters his sophomore season in Omaha.

Another former Ray garnered preseason honors after a standout season at Concordia, Wis. Sam Beers was named to the D3baseball.com All-American team. Beers was a 2021 ABCA First Team All-American for his performance last season where he finished 27th nationally in batting average (.442 average) to go along with 14 doubles and seven home runs.

The Missouri State lineup will potentially feature four former Rays with Drake Baldwin, Cam Cratic, Walker Jenkins and Liam Moreno suiting up for the Bears. Cratic and Baldwin finished 1-2 for the Bears in batting average in 2021. Cratic hit .309 while Baldwin hit .291 with four homers. Both sweet-swinging lefties are coming off a Summer with the Madison Mallards where both hit for power with Cratic swatting six homers and Baldwin knocking four out of the park and earning a spot in the Northwoods League All Star Game.

Stephen Lund returns from an ankle injury for the Gonzaga Bulldogs in 2022. Lund was having a breakout season before his injury where he was hitting .300 with six home runs in 29 starts for the WCC champs.

Jack Washburn found a new home in the off-season as he made his way to Oxford, Mississippi to be a part of an Ole Miss Rebels squad that made a Super Regional run in 2021. Washburn, a transfer from Oregon State spent his Summer with the Team USA Collegiate National team. Washburn is slated to be a key piece of the Mississippi bullpen in 2022.

Riley Frey is coming off a stellar 2021 freshman season with the Milwaukee Panthers. The Friday starter for the Panthers, Frey fashioned a 3.60 earned run average with 67 strikeouts in 80 innings pitched. The sophomore lefty made 14 starts for Milwaukee a year ago. Fellow Rays alum Thomas Otto looks to make a push for regular innings behind the dish after making seven starts a season ago.

A quartet of former Rays will look to lead the Xavier Musketeers in 2022. Trevor Olson, Ethan Bosacker, Matt DePrey and Jeff Holtz return for a team picked to finish near the top of the Big East. Olson had a 2.97 ERA with five wins in 2021. The left-hander struck out 50 in 63.2 innings. Bosacker finished with 3.34 ERA in 62 innings. DePrey looks to have a larger role behind the plate after his freshman season in 2021 while Holtz looks to build upon a junior season where he hit .255 with three homers.

John Nett and Jack Habeck return to a St. Cloud State squad that finished 22-14 a season ago. As a freshman in 2021, Nett earned First Team All-NSIC honors for hitting .378 with four home runs, nine doubles and 15 stolen bases. Left-handed pitcher Habeck went 6-1 with a 2.61 ERA in 13 starts last season.

Fresh off another World Series appearance, the Madison College WolfPack features a slew of former Rays. Brady Jurgella, Spencer Bartel, Eddie Saucedo, Cam Dupont, Nick Nowak and Gabe Roessler. Jurgella earned a NJCAA Gold Glove award a season ago in the outfield. Bartel hit .313 with two homers in 43 games. Saucedo, a recent Youngstown State commit, hit .293 in 43 games behind the dish. Dupont is returning from injury while Nowak and Roessler are entering their freshman season.

Vincent Trapani was one of the most sought-after pitching prospects in the 2021 class. Trapani enters his freshman season at Arkansas and had a strong Fall positioning himself for innings on the mound for the perennial SEC contender Razorbacks.

Freshman Josh Caron will compete for innings behind the plate for reigning B1G champion Nebraska. Caron belted multiple home runs this fall and is slated for a role as hitter for the Cornhuskers. This year marks the seventh-straight season a former Rays player takes the field for Nebraska.

Reagan Klawiter joins the Northern Illinois Huskies after earning All-American honors in 2021 with Madison College after leading the WolfPack to another World Series appearance. Klawiter led the nation with a 1.76 ERA.

Tom Ginther and Otto Treichel led UW-Eau Claire in both hitting and pitching respectively. Treichel hit .328 with two home runs and 13 doubles while Ginther sported a 4.47 ERA with 60 strikeouts in 54.1 innings pitched.

The Bradley Braves enter 2022 with four former Rays on the roster. Connor Manthey, Kaden Krueger, Carl Valk and Cal McGinnis all look to make an impact. Valk finished with three home runs a season ago while Manthey started seven games, hitting .212. Krueger made six appearances on the mound. McGinnis is a favorite to crack the lineup as a freshman.

George Klassen, Will Semb, Randon Dauman, Joe Hauser look to lead a Minnesota team to an improved season in 2022. Semb, a transfer from Iowa, Hauser a transfer from Arizona State and Dauman a transfer from Saint Louis join Klassen who missed 2021 with an arm injury.

Jake Berg will look to build off a strong freshman campaign in 2021 with Jacksonville. Berg started 11 games and played in 17 for the Dolphins.

A trio of Rays alums will look to lead St. Thomas in their first season as a Division I participant. Bryce Leedle, Tanner Marsh and Brigs Richartz will compete for innings in their freshman season.

Andrew Brockwell enters his freshman at Western Kentucky and is a favorite for innings on the mound for the Hilltoppers.

Please confirm deletion. There is no undo!
Go to Top